5 Common Misconceptions About the Enemy 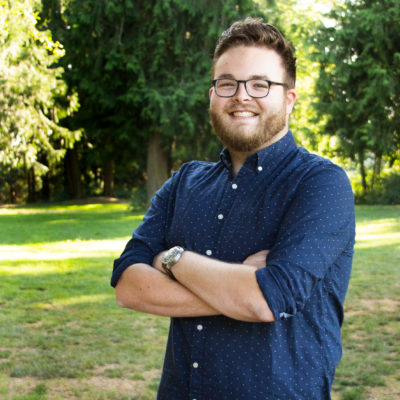 Daily we are at war with powers we cannot see. There is an enemy who seeks to slander God, and lead His people to destruction. He lies and he steals.

Who is the enemy described in scripture? Pop culture would have you believe he’s a little red creature with wings, a forked tail, and horns who rules hell with all his demons. This couldn’t be further from the Biblical satan figure. We know surprisingly little about the satan figure from scripture, but what we do know is in direct contradiction to pop culture’s little red man.

My hope today is that in reading this you understand a bit more about who the satan figure is, and become more confident in the ultimate power and strength of our Creator. The enemy is real, the enemy does pull strings and work all around us, but the enemy is no match for our God. Here are some common misconceptions about the enemy:

As a young Christian, I had a very strange picture of hell in my head. I pictured the devil sitting on a throne, while his demons tortured people. This is how the media often portrays the enemy.  It’s a scary picture, and it’s not close to accurate. These images often come from Greek and Roman mythology, rather than resembling anything biblical.

When Jesus is describing the final judgement in the Gospel of Matthew He says, “Then he will say to those on his left, ‘Depart from me, you cursed, into the eternal fire prepared for the devil and his angels” (Matthew 25:41). Hell was prepared for the devil and his angels! Not for them to rule, but for their punishment earned by their rebellion against the Creator of all things! This is again affirmed by John in the book of Revelation: “And the devil who had deceived them was thrown into the lake of fire and sulfur where the beast and the false prophet were, and they will be tormented day and night forever and ever” (Revelation 20:10). Hell is not the enemy’s home, it is his tomb.

“Omniscient” is a word we use to describe God. It means all knowing. God knows what has happened, what could happen, what would happen, and what will happen. God is Omniscient, the enemy is not. Only God can be described this way, and is the only being in scripture who is all knowing. It is true that the enemy is crafty and deceiving, but I hope it’s a comforting fact to know the devil doesn’t know all your thoughts and the inner workings of your heart, but your Creator does.

“Omnipresent” is another word we use to describe the attributes of God. This word means that God is everywhere. There is no place you can run and hide from the Lord, and scripture makes this very apparent. However, “Omnipresent” is not an attribute  we can ascribe to the enemy.

In the intro to the story of Job in the Old Testament, the divine council meets with God. The satan is also present at this meeting, and God asks him where he is coming from. The satan answers that he was “going to and fro on the earth, and walking up and down on it” (Job 1:7). Here, and in other places in scripture, it’s made apparent that the satan roams the earth. You can’t “roam the earth” if you are omnipresent, being in all places at once.

Now who is this Lucifer we always hear about? Lucifer is commonly used as a proper name for the satan, but you won’t find it in scripture. “Lucifero” is the Latin word for the morning star, or what we know as the planet Venus. The bible was written in Hebrew, Greek, and Aramaic, not Latin! So what gives?

Isaiah 14 is a poem mocking the King of Babylon. Some people say this poem also describes the fall of the satan, or the first time that the enemy sinned. In this poem the King of Babylon is described as the morning star who has fallen. Latin translations of the Old Testament rendered “the morning star” in this passage as a proper name, “Lucifero”. Later English translations kept this usage. The King James Version, which was translated from the Latin Vulgate to English, gives the satan a proper name : Lucifer. We now have access to many original or very old manuscripts written in the original languages which show that this was an error.

Without Jesus affirming the Old Testament Jewish tradition surrounding the satan,   we wouldn’t even know that the various satan figures in the Old Testament were one being. The satan isn’t given a proper name in scripture, even though some of our translations capitalize “Satan” as if it were a name to help us recognise this figure. “Satan” is a Hebrew word meaning “adversary”, and “diabolos” (what we translate as “devil”) is a Greek word meaning “slanderer”. The enemy of God is not deserving of a proper name, but is only given descriptive titles in scripture. I think this is important to note, as I often see Christians attribute our own behavior to the work of the enemy, when oftentimes we act as an adversary and a slanderer ourselves.

A “foil” in literature is a character who is presented with contrasting traits to another character. A foil is  like the little angel and demon who sit on the shoulders of a cartoon character to inform their decisions. Forrest Gump and Lieutenant Dan are foils, Luke Skywalker and Han Solo are foils, and Harry Potter and Draco Malfoy are foil characters. God, and the satan figure in scripture are not foils, even though they are sometimes portrayed as such.

The satan is not an innate, uncreated, and all powerful being like God  just with contrasting character traits. He is a created being, unimaginably less powerful than our Creator. He was the first to sin, and brought rebellion into creation by doing so, but he isn’t essential evil as he’s sometimes portrayed. The satan is not the yin to God’s yang. He’s one of many created things who have been given free will and have chosen rebellion against their creator. To consider the devil as God’s foil character is to elevate the enemy far beyond what he deserves.

The Enemy is Real

We do face spiritual battle every day as Christians. Paul in his letter to the Ephesians writes that, “our struggle is not against flesh and blood, but against the rulers, against the authorities, against the powers of this dark world and against the spiritual forces of evil in the heavenly realm” (Ephesians 6:12). We should be aware of this fight, putting on the armor of God every day. We also need to know we are on the side of the Victorious One. This isn’t a battle of two titans. This isn’t a battle that we will lose. My hope today is that you would come to a right understanding of the enemy, so that this battle becomes clearer.