Three More Tips to Help You Interpret Your Bible Effectively

Two weeks ago Hunter Shaw posted a blog with three tips to help us interpret the Bible effectively. To be honest I loved the idea so much I decided I wanted to piggyback off of it and write three more tips that can help us all as we study the Bible. So without further ado, here we go!

I often joke that one of the biggest villains in all of scripture is a man named Cleopas. After Jesus’ resurrection Cleopas and another unnamed man are walking on the road to Emmaus when they come across Jesus, although they don’t know who He was. They have a conversation and then Jesus says this:

25 And he said to them, “O foolish ones, and slow of heart to believe all that the prophets have spoken! 26 Was it not necessary that the Christ should suffer these things and enter into his glory?” 27 And beginning with Moses and all the Prophets, he interpreted to them in all the Scriptures the things concerning himself. (Luke 24:25-27)

So we are told that Cleopas and his friend have what is probably the most incredible Bible study of all time. Jesus Himself walked them through the Old Testament and showed them how all of it connected back to Him; and that scurvy Cleopas didn’t bother to write any of it down! Of course I know that this is all God’s plan for how we received His revelation, but few things bum me out more than not having that moment documented.

All of that is to say, as you study the Bible look for connections between the different books. Scripture is one magnificent tapestry of truth that was woven together over thousands of years, and seeing where the different threads connect helps us appreciate them even more. As an example, Aaron and I just recorded an episode of our podcast, Let’s Read The Bible (that’s my shameless plug for the post), talking about the book of Nahum. Nahum is a ball of intensity that discusses the coming destruction of the city of Nineveh. This declaration of Yahweh’s judgement over the city is made even more powerful when we remember that Jonah was written a few generations earlier and is a story about Nineveh’s repentance. So in only a few generations the people of the city had already forgotten the mercy that God had given them.

Another great example is when Jesus calls Himself the “Son of Man”. In one sense he is pointing out that he is fully human as well as fully God. In another sense however he is referencing the Messianic character of The Son of Man in the book of Daniel. When Jesus called Himself this many 1st century Jew’s minds would have leapt to:

“I saw in the night visions,

and behold, with the clouds of heaven

and he came to the Ancient of Days

The Bible is full of nuggets where the authors reference each other, and our appreciation of God’s ultimate plan for our redemption becomes so much more clear when we are always on the lookout for them.

One of the most common words in the book of Psalms is Selah. It is an odd word that is not found in any other book besides Habakkuk. (Hey look, a connection!) This word is an invitation as we read to pause and reflect on what we just read. I cannot stress enough how important this is as we read scripture. When reading a dense book packed with truth like Romans, we might need to sit and pause after every verse! But when reading stories it is just as important.

When reading Job take a moment to pause and imagine where your mind would be if you lost your family and wealth in a day. It is easy to judge Jonah for being a cry baby and a bit of a racist for not wanting to give God’s message of grace to the Ninevites, but imagine what you would do if The Lord commanded that you walk into Taliban held territory and deliver His message. Imagine the joy you would feel if you had been blind all of your life, and then the Messiah came and healed you.

So often we just power through the Bible without taking the time to sit back and put ourselves into the lives of the people we are reading about.

One of my favorite sayings about reading the Bible is that we are all tourists to a land and time we don’t fully understand. Going into reading the Bible without having any understanding of the culture of the times would be like going to live in a foreign country, but refusing to speak the native language. You might be able to get a basic understanding of what’s going on, but you’ll have an extremely difficult time fully assimilating.

The Bible is the same way, there are many things in the Bible that sound strange to our modern western ears, but they are important for us to make the effort to understand. A great example of this is in Matthew chapter 6 where Jesus says:

16 “When you fast, do not look somber as the hypocrites do, for they disfigure their faces to show others they are fasting. Truly I tell you, they have received their reward in full. 17 But when you fast, put oil on your head and wash your face, 18 so that it will not be obvious to others that you are fasting, but only to your Father, who is unseen; and your Father, who sees what is done in secret, will reward you. (Matthew 6:16-18)

If we read this verse without any context of the culture it would be very easy to come away with the idea that when we fast God commands us to pour oil over our heads. Yet if we did so we actually might be disobeying what is actually being said. The point of these verses is not to pour oil over our heads, but rather it is to not try and show off that you are fasting. In that culture pouring oil over your head was a normal thing to do, when someone who was fasting did this they were actually acting like everyone else. For us today, pouring oil would actually make us stand out!

Another great example would be understanding who the Pharisees were. It is very easy to read the Bible and come away thinking that they are the religious elite of their day, and that most people disliked them. In reality the Pharisees were very popular among the people. In between the Old and New Testaments there was a period of war where Israel actually won their independence for a time from the Greeks (the Jewish holiday Hanukkah celebrates this). There was so much hatred toward the idea of Jews losing their “Jewishness” that the Pharisees rose up as a group to hold on to it. They were clear that the Israelites were God’s chosen people. So with that context it makes a little more sense as to why the early church was so surprised about the idea of the Gospel being for the gentiles as well. They had grown up in a culture that was hyper focused on their own identity.

A great resource for this is a good study Bible, and there are a ton of great ones! These are Bibles that come with introductions for each book that you can read to get an idea of everything surrounding the text. There are also helpful notes in the margins when we run into verses that are hard to understand on the first read. Remember that we are tourists into the world of the Bible. As much as we can, we should always make the effort to learn about the culture we are touring in. 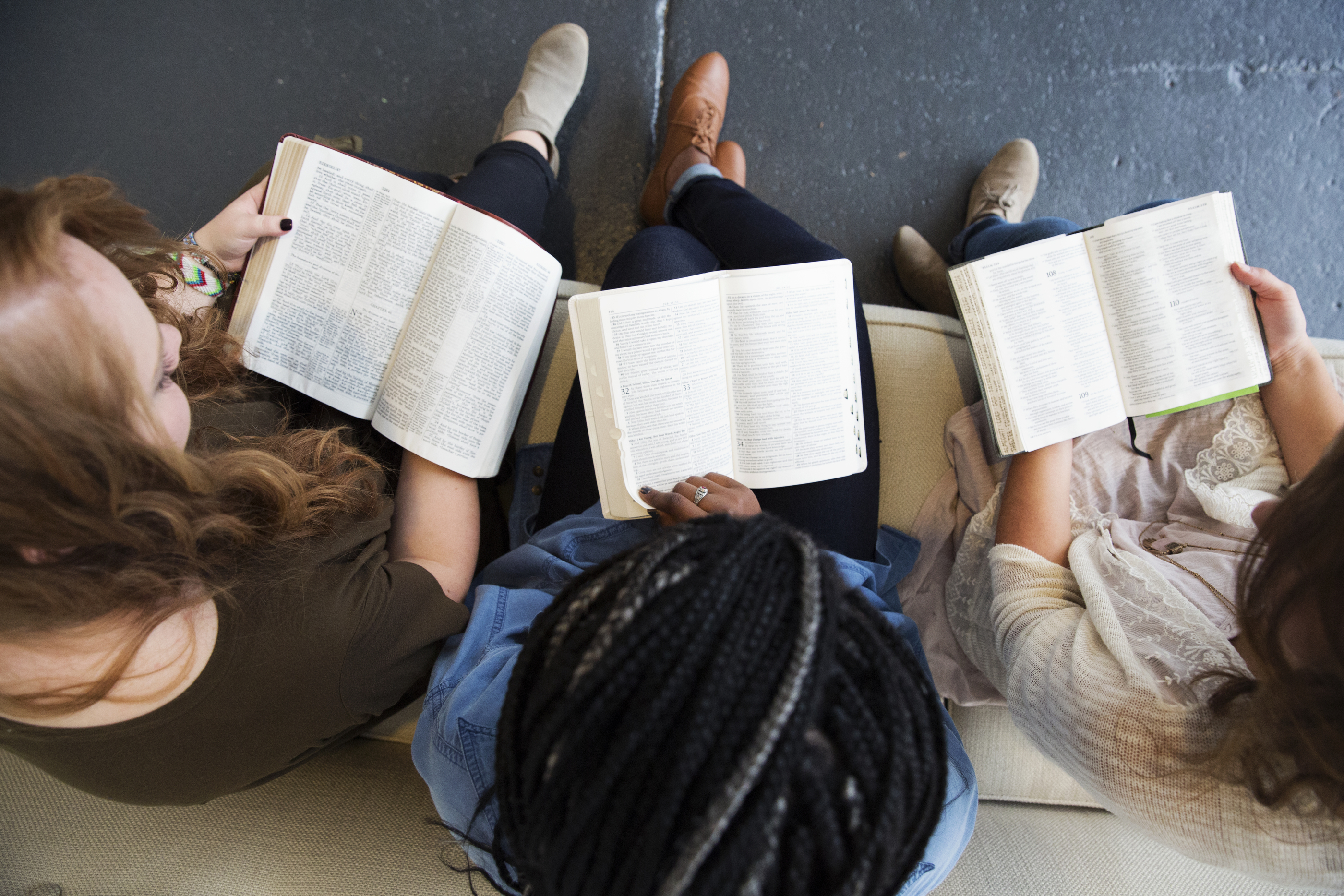